View cart “Just a thought or two…” has been added to your cart. 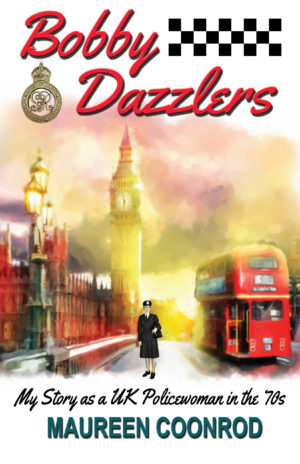 Bobby Dazzlers: My Life as a UK Policewoman in the 70s

Maureen may have started as a typical British girl, but her seven years in the women’s police force in the U.K. during the early seventies changed her as a person. She became far more aware of the darker side of humanity that most people will never see or ever have to deal with. Being bait for a serial rapist armed with nothing but a whistle, mixing with drug addicts, dealing with child neglect, and dead bodies were some of those challenges. Join Maureen as she describes the experiences and insights that shaped her early years before immigrating to the United States.

Be the first to review “Bobby Dazzlers: My Life as a UK Policewoman in the 70s” Click here to cancel reply.