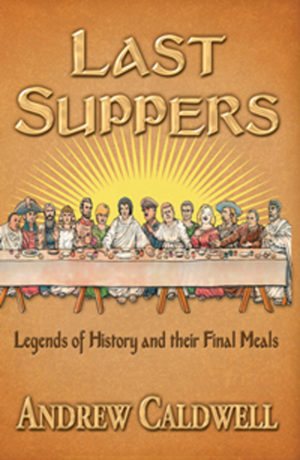 Their Last Suppers: Legends of History and Their Final Meals

We invite you to come explore larger than life characters from the pages of history whose deaths shook the world and created spectacular headlines around the planet while taking a culinary tour through history and enjoy the last meals eaten by legends such as Alexander the Great, Elvis Presley, Princess Diana, Abraham Lincoln, Admiral Nelson, Marilyn Monroe and many others.

Their Last Suppers looks at historical events such as when the “unsinkable” Titanic was put to sea by a Captain with a history of misadventure, General Armstrong Custer declined a gatling-gun battery en route to the Little Big Horn and staff took the bulletproof top off the Presidential limo in Dallas so President Kennedy could enjoy the air. Then, the flavors of their era are presented in mouth-watering detailed recipes that composed the meals which preceded the historic deaths.