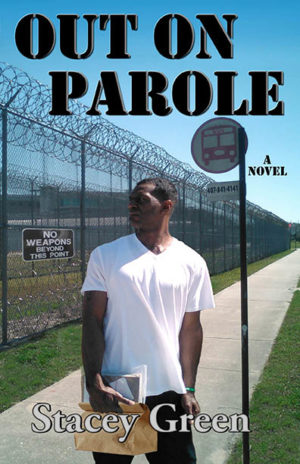 (Coming Soon) Out On Parole has been a role that most young black American males have faced or will face sometime or another in their lives. Some may not, but Robert Jackson was one of those who did. Coming home after doing 15 years, he intended to spend his time on parole trying to stay free by doing the right things. He became Kahraun Muhammad in search of a new beginning for himself and his family. He tried to keep his kids safe and keep them from being like the guy he once was. Unfortunately, it wasn’t going to be easy. The environment he was once a part of is still all around him, and he is constantly involved in things that could easily land him back behind bars. He will have to stand strong in his faith and overcome all the adversity that comes his way if he wants to stay Out on Parole.

Be the first to review “Out on Parole” Click here to cancel reply.