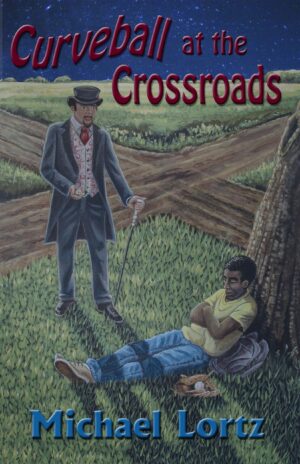 Curveball at the Crossroads

An Exerpt:
“JaMark steps back on the mound and looks into his catcher. The count is 0 and two, at the top of the sixth, with the Eagles leading six to nothing.
JaMark winds up and …
Oh, my God.”

Although the ball was in fair territory, no fielder made a move. No runners ran, and no one called timeout. No one was watching the ball. Not the players on the field, nor the batter, nor the players in the dugout, nor the fans in the bleachers of the Rosedale High School baseball field…
On that humid, muggy evening, deep in the Mississippi Delta, no one saw the ball come to a stop.
Every eye in the stadium was instead watching the player laying at the end of the pitching mound. The player rolling on the ground where the dirt met the grass. The player clutching his arm, screaming in pain.

After high school baseball star, JaMark Reliford, suffers a career-ending injury in his final game, his whole world fell apart. At a crossroad in rural Mississippi, JaMark thought he made the deal of a lifetime that puts him back on top of the baseball world. But every “deal with the Devil” comes at a price. A deal that gave him everything he thought he wanted could cost him everything he loves.
Following in the footsteps of classic blues folklore and baseball fiction, Michael Lortz writes a new tale of fastballs and phantoms, strikeouts and second chances.

Michael Lortz received his B.A. in Creative Writing from Florida State University. After getting a day job in the defense industry, he started writing about sports and music in his spare time on his personal blog. He has now written for many of the most popular baseball sites and covered music for local news media. His baseball writing and research has been quoted in USAToday, on ESPN.com, and at local county commissioner meetings. Michael lives in Tampa, Florida, and Curveball at the Crossroads is his first novel.

Be the first to review “Curveball at the Crossroads” Click here to cancel reply.