View cart “Your First Golf Lesson” has been added to your cart. 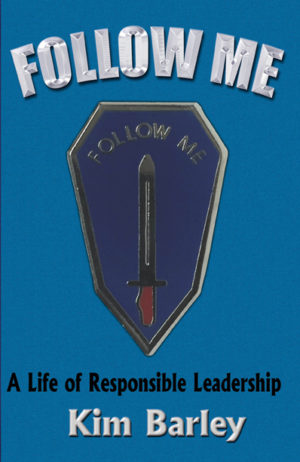 Responsibility: A Philosophy of Life

60 years ago, Charles McKim “Kim” Barley’s high school English teacher challenged him to form a philosophy of life. Ever since, his philosophy of responsibility has guided him. First, Kim transformed his fraternity’s “Hell Week” into “Help Week,” then, at 22, he served in the US Army Infantry as the youngest officer ever to be on a regimental staff.

Upon his return from Korea, the responsibility of providing for his young family led Kim to the brokerage business—where he became the highest paid commissioned broker of orange juice of his time. Colleagues soon saw in Kim his ability to take responsibility and to lead. He was appointed chairman of a committee for the development of east Orlando, surrounding what is now the University of Central Florida, served as president of the University Club of Orlando, was elected mayor of Windermere—and, after winning a battle with leukemia, became president of the Florida chapter of the Leukemia Society.

FOLLOW ME is a story of inspiration. Its gift to readers is the reminder that every one of us can make a difference in our lives and the lives of others—if we are willing to take responsibility.