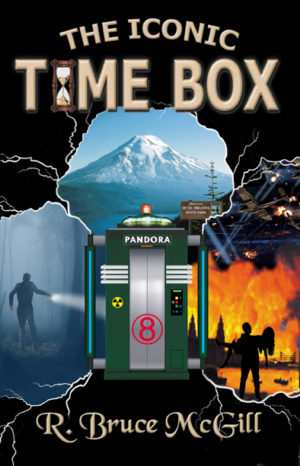 In a small town, life moves slowly. Duncan Sims feels totally stuck in a future-less spiral. He lives with his parents, can’t find a decent job, and his girlfriend Jamie has him halfway to the altar, but he has other plans. His experiment, which could change reality, is the only thing that gives him hope. He is determined to show everyone that it will work, but until it does, he must keep it a secret.

As fate would have it, Duncan finds himself on an adventure he would never have imagined. What happens, though, when seeing different parts of the world puts you in the path of grave danger? Throughout The Iconic Time Box, Duncan discovers that it’s much easier to leave than to find your way back. He must make the impossible choice of returning, or dealing with the perils of those who tamper with time.

Be the first to review “The Iconic Time Box” Click here to cancel reply.